This is not a conspiracy theory; it doesn’t have to be. Societies tell themselves necessary fictions in the same way that individuals and families do. Henrik Ibsen called them “vital lies,” and psychologist Daniel Goleman describes them working the same way on the social level that they do within families: “The collusion is maintained by directing attention away from the fearsome fact, or by repackaging its meaning in an acceptable format.” 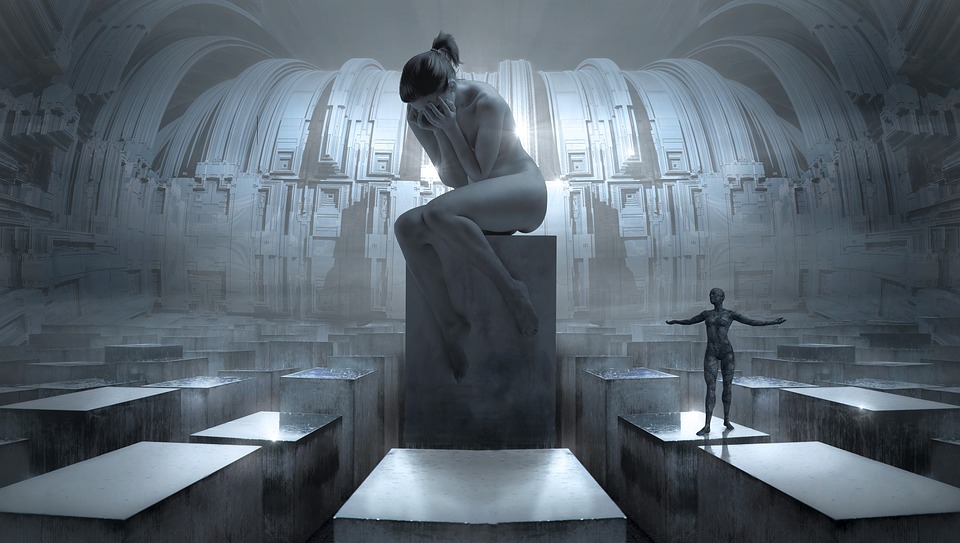 The costs of these social blind spots, he writes, are destructive communal illusions. Possibilities for women have become so open-ended that they threaten to destabilize the institutions on which a male-dominated culture has depended, and a collective panic reaction on the part of both sexes has forced a demand for counterimages.  The resulting hallucination materializes, for women, as something all too real. No longer just an idea, it becomes three-dimensional, incorporating within itself how women live and how they do not live.

It be comes the Iron Maiden. The original Iron Maiden was a medieval German instrument of torture, a body-shaped casket painted with the limbs and features of a lovely, smiling young woman. The unlucky victim was slowly enclosed inside her; the lid fell shut to immobilize the victim, who died either of starvation or, less cruelly, of the metal spikes embedded in her interior.