According to anime historians, animation began in Japan in as early as 1917 in which illustrations of warrior costumes were inspired by feudal samurai uniforms. 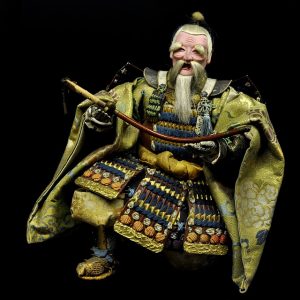 Yet when the concept of Japanese animation was revived in the 1960s, costume illustrations started leaning towards a world of fantasy rather than reality. One of the popular manga comics that received recognition for experimentations in anime costume is Jojo’s Bizarre Adventure.
Rather than stick to costumes following Victorian, England fashion. Jojo’s brand of costume was labeled as Ultra Violence. Mainly because the costume styles of the characters were very much a part of Jojo’s adventure universe.

In this anime, the characters in every chapter come in distinct costume styles as part of the world building concept. Costumes set the period and location, whilst also reflecting the personality of the characters as means of expressing themselves in their journeys.

Examples of the Costumes and Characters in Jojo’s Bizarre Adventures

Joseph’s fashion evolution started with a bare midriff outfit that reflects his youthful pride and need to move with ease, yet at the same time depict his energetic nature. In “Stardust Crusaders” in which Caesar died, Joseph started wearing the headband Caesar gave him. He later switched into costumes that gave his body more cover.

In the “Diamond is Unbreakable” episodes, Joseph’s fashion continued to evolve as he started putting on a hat and coat as additional protection. As Jojo continues to age in different episodes, his life is marked by specific changes in his outfit.
Another excellent example of fashion transformations noted in Jojo’s Bizarre Adventures is that of the character Jotaro. While in the early episodes Jotaro wore white instead of black gokuran, he accessorized his uniform with a belt with triangle patterns and a gold chain.
Although in the “Stardust Crusaders,” Jotaro was characterized as delinquent, while still dedicated to wearing a modified gakuran, the modifications in his outfit later became more colorful. The heart and dolphin designs and motifs that began appearing in his jacket were depictions attempting to show Jotaro’s softer side.
New fans of Japanese anime didn’t know that Jojo’s Bizarre Adventure is one of the most popular Japanese mangas to have been used as animation material. The comic book actually made a record for having sold more than one hundred million copies.
However, due to certain copyright issues and despite receiving recognition as an Original Video Animation (OVA), the popularity of Jojo’s Bizarre Adventures remained confined to Japan for several years. Still, Netflix was able to acquire the right to stream the anime as one of its international presentations.
Fortunately, Indonesians have access to nonton anime id platforms that offer free streaming services. The platforms enabled them to watch and follow all the Jojo’s Bizarre Adventure episodes since the video animation aired in Japan in 2012.

Fate in Fashion After School